I one time got the chance of watching an interesting conversation between two individuals who were sharing personal views concerning the origin of the universe, the conversation was centered on what you may call- The Atheist Delusion whereby one of the parties, an Atheist was of the view that the world self existed without any supernatural being taking part into establishing the existence of all matter in the universe. The second party, a faithful christian presented his views using the creation account as recorded in the first book of the bible- Genesis. A  brief record of the conversation is given below;

Basing on the response of the Atheist, he had unknowingly agreed with the christian's view of the creation account that God is the author of life and everything in the universe by the fact that one designer organised all the biological content into a text book negating the delusion of a self existing universe.

An account of creation is clearly laid out in the book of origins, Genesis in the bible.
God in His own wisdom and might created the universe including man in His own image and because He is a relational God, He gave an the ability to pro-create through establishing a family.

"In the beginning, God created the heavens and the earth."
(Gen 1:1) Nkjv

"Then God said, Let us make man in our image according to our likeness; let them have dominion over the fish of the sea, over the birds of the air, over the cattle, over all the earth and over every creeping thing that creeps on the earth. S o God created man in His own image, in the image of God He created him; male and female He created them." (Gen 1:26-27).

"And He is before all things, and in Him all things consist." (Col 1:16-17). In appreciating nature, we appreciate who we are because we were fearfully and wonderfully made in the image of God (Psalms 139).

Uganda, my motherland and also the Pearl of Africa being so blessed with beautiful naturalistic scenery is also blessed with diversity of cultures and because I personally subscribe to one of the cultures, The Langi- a tribe in the northern region of Uganda, I embarked on tracing the Origin of my roots so that I might share my heritage with those that have not gotten the chance to trace their roots and the world at large to appreciate the uniqueness of cultures in Uganda.

Millennial children are on the verge of letting go of their origins through their cultures because they have been raised in townships and urban centres where the foreign dialect and cultures have taken a stronghold.
Opportunity served me on silver platter that which I longed to know, call it the missing piece- 'The Origin of the Langi.'

Many scholars and anthropologists assert that it is part of a group that migrated from Ethiopia around 1600AD and split into two groups, with one group moving to present day Kenya to form the Kalenjin group and Maasai cluster. The other group called the Ateker, migrated westwards and migrated Uganda from north-east.
Ateker further split into four groups to for the Karimojong, Iteso, Kumam and Langi.
The Langi migrated further to the west, and they encountered the Acholi, who they pushed northwards from the northern part of lake Kyoga. 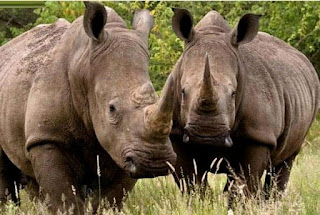 The Lango symbol is 'Amuka' (local name for Rhino). According to the Langi traditions, Amuka is independent, strong and peaceful unless disturbed.

The visit to my motherland brought to my sight the famous board game, 'Mweso' that I could not resist the temptation of playing against my colleagues to whom i victoriously prove that I am a bona fide Langi and son of the land.

Even in the current era, children still have the opportunity of being taught their heritage and culture not forgetting bringing to their attention their family tree so that they can have it by memory stating about five plus generations of their grand and great grand parents thereby preserving the only cultural gem that each family is called to hold as treasure. It starts with me and you.

A song goes 'Praise to the Lord the Almighty the King of creation, O my soul praise Him for He is thy health and salvation. All ye who hear, now to His temple draw near, join ye in glad adoration.'

Now is the time of salvation, harden not your hearts when you hear His voice and turn to the Lord of creation and your Salvation.

Isaac Obwala
I am an Accountant and so passionate about nature. Was born in Kabale Southwestern Uganda a place naturally endowed with nature in its beauty. I show God to the world through nature having been inspired by one scientist and Biologist Dr. Tim Standish the director of Geo-Science research institute having met in one conference about Faith and Science. Currently based in Bugema, Kampala-Uganda.